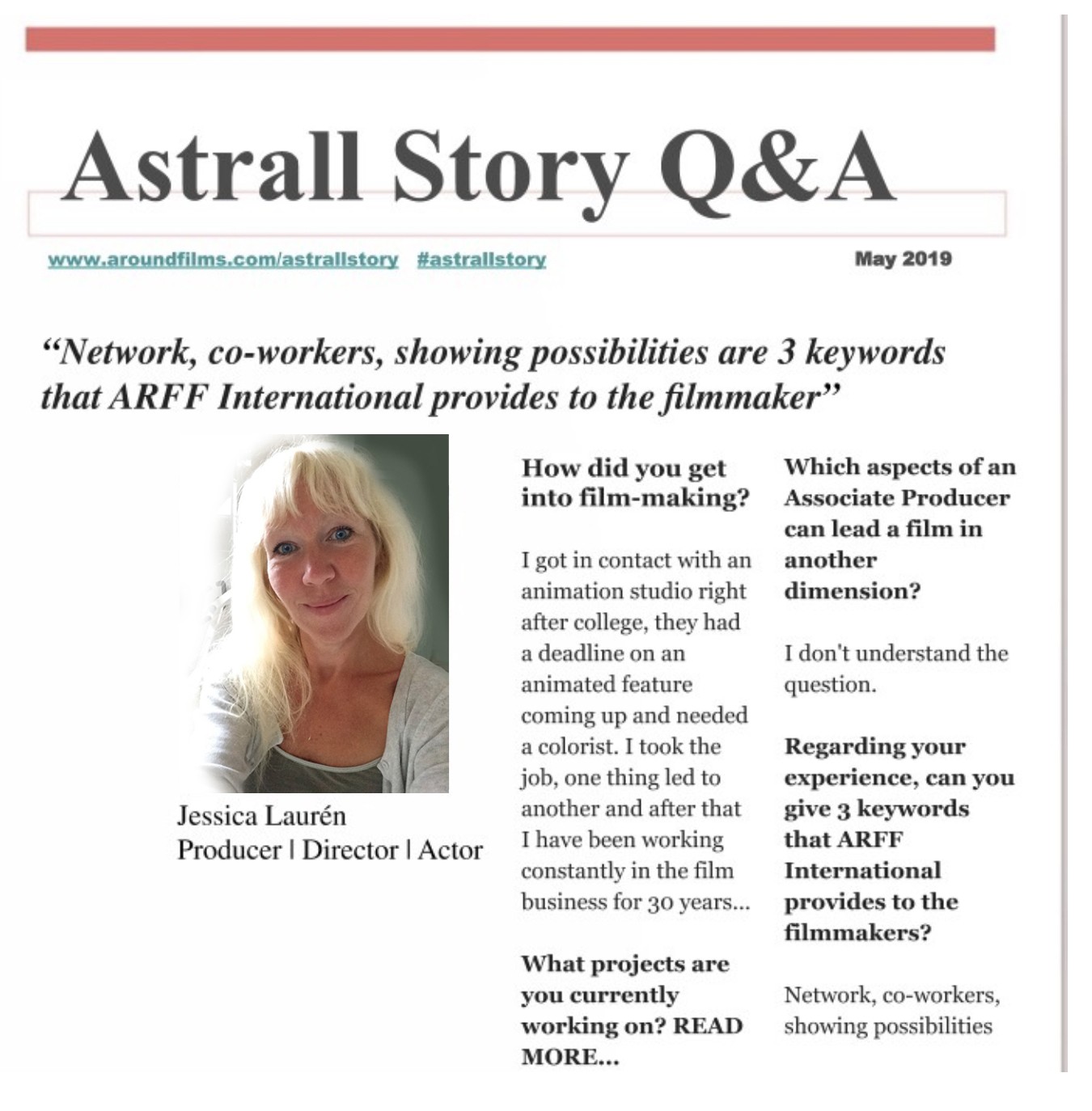 “Network, co-workers, showing possibilities are 3 keywords that ARFF International provides to the filmmaker”

I got in contact with an animation studio right after college, they had a deadline on an animated feature coming up and needed a colorist. I took the job, one thing led to another and after that, I have been working constantly in the film business for 30 years…

What projects are you currently working on?

Right now I am directing a TV-series and a feature for Swedish Television, and my new short film, Incidents — Way home, is done and on its way out on festivals.

Which aspects of an Associate Producer can lead a film in another dimension?

I don’t understand the question.

Regarding your experience, can you give 3 keywords that ARFF International provides to the filmmakers?

It seems like it’s a bunch of directors making their vision of the four primal elements due to the environmental aspect (I hope I got it right).