I honestly have no idea what “Astrall Story” will be about, but I’m happy to support whatever it becomes! It seems like a fantastic collaboration and will be very unique, no matter what it becomes.

What projects are you currently working on?

I’m currently working on two feature films…  “Hawk and Rev: Vampire Slayers” a horror-comedy in the vein of Napoleon Dynamite meets Lost Boys. Lots of awkward jokes and lots of blood and gore! “Baby Monitor” a pyschological horror in the vein of Jacob’s Ladder and Rosemary’s Baby. If you are a parent, have young children and ever worried you might lose them… then this film will scare the absolute hell out of you!

I got into filmmaking because I come from a visual arts and acting background. It just seemed like a natural evolution, especially doing it independently, where I can make the content I love without permission. I let the audience decide! Additionally, as a child growing up in Zimbabwe with limited access to the rest of the world, film was my opportunity to connect with the outside world through stories and emotions. It saved me as a child. I just always had this view of myself as an outsider and film made me feel like I was part of something bigger

Which equipment you prefer to film with?

I always shoot with small camera setups and small crews, the same as Stanley Kubrick. I love very light sensitive small digital cameras which allow me to use as much natural light as possible and move quickly. I love Sony’s A7S 2 which can practically see in the dark. I also love Canon 1DX Mk2 for its beautiful colors. Lastly, the new Black Magic Ursa Mini Pro 2 and the new Pocket Cinema Camera 4K both allow raw filming on a budget and are very good with light and colors, so they are my current A/B camera set-up. The look you get with these cameras is all I will ever need as an artist. I know everyone else uses Arri Alexa, but for small crews and gorilla shooting, it is not doable.

Where do you look for inspiration?

I look for inspiration wherever I can get it! Sometimes it’s a book, sometimes a song, a conversation, a great piece of art, a new story, etc… The most important thing to do is keep your eyes and ears open. Inspiration is everywhere. That being said, I try to avoid watching too much film and tv as I feel it limits my inspiration. I obviously have watched all the great films and still continue to study them, but for raw inspiration… I look everywhere else. Keep it original folks!

What affects your film subject choices?

Since I write films that I can not only direct and produce myself, but also play one of the lead characters, I end up making films that fit the kinds of characters I am most interested in playing. Resources are also always an issue. I tend to keep stories small for convenience. I like to add humor and horror to everything because it keeps it fresh and the stakes high. I’m a big fan of genre!

What are you trying to convey in your work?

What I am trying to convey with my work is always changing and always different, but I tend to concentrate on themes like… the underdog, renewal and acceptance. I am a pretty socially liberal artist, so my work tends to be through that lens.

Click here for Astrall Story IndieGoGo campaign by Around Films 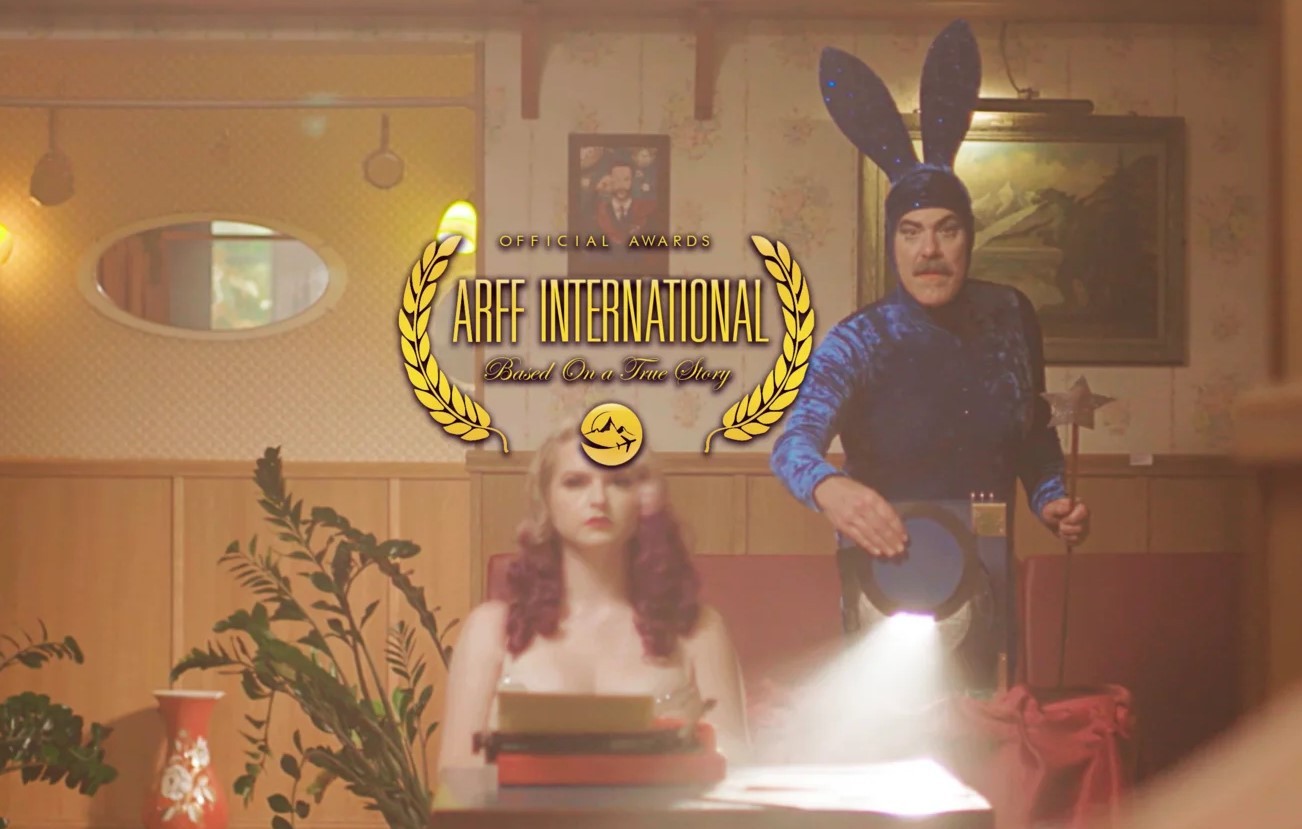 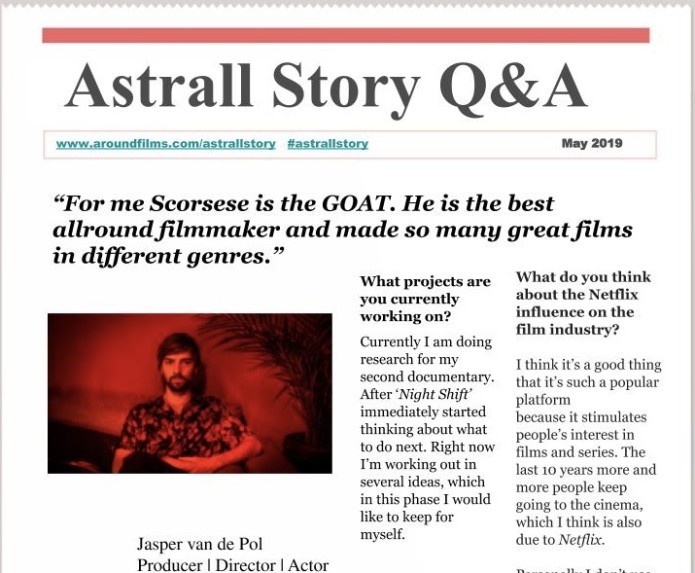 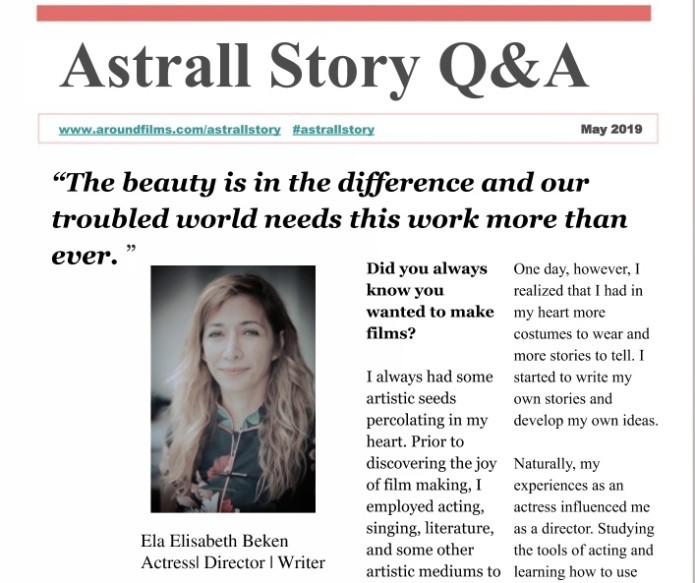